Is Migraine Dangerous or Curable?- Our Data Points

A lot of people have these thoughts in their minds when they come face to face with a migraine. Is migraine dangerous? Is migraine curable? A migraine is a severe kind of a headache that’s usually on just one side of the head. Typically they last between 3-4 hours to around 3 days. While some people only have one migraine every now and then, others are not so fortunate and may have several attacks per week. As well as intense pain, people suffering from migraines also have other symptoms such as nausea, vomiting, or sensitivity to light.

They’re often very painful and tend to affect more women than men. And while there’s plenty of home remedies online to help relieve the pain caused by migraines, is there actually a cure for the condition itself?

What Causes a Migraine?

Different people will get migraines for different reasons. And while no one really knows the true cause of them, more often than not they’re caused by certain triggers. Migraine triggers can be classified into four main groups:

Having an unbalanced or inconsistent diet can trigger migraines. This includes indulgence in caffeine, alcohol, or certain foods such as cheese or chocolate. A lack of food or dehydration could also be dietary triggers.

Triggers that fall into this category include being tired, being tense in the neck or shoulders, teeth grinding, or staring at a screen for too long.

It’s amazing the effect our emotions can have on our bodies. Emotional triggers for migraine include anger, shock, stress, excitement, and anxiety.

Is a Migraine Curable?

This is a question that’s often asked, but the unfortunate answer is no. As of yet, there is no cure for migraines. However, there are lots of ways to prevent them and just as many to relieve the pain if you do get one, some of which are mentioned later in this article.

A migraine is in no way life-threatening. However, according to a study carried out by the World Health Organization (WHO) migraines are the “sixth highest cause worldwide of ‘years lost due to disability’ (1). While migraines may not be particularly dangerous in a physical way they can still have an impact on a person’s life in regards to employment, family, and social life.

What Treatment Options Are Available for Migraine Sufferers?

There are lots of tried and tested treatments options available when it comes to migraines. Here are some of the most common medical ones:

Over the Counter Drugs

Anti-inflammatory drugs such as paracetamol or Nurofen are usually one of the first thing people suffering from a migraine, try to relieve their pain.

If you have frequent migraine attacks or the severity of them is high it may be wise to seek professional help. A doctor may prescribe triptan to help ease your symptoms. Triptan is a painkiller that was designed specifically for treating migraines.

This is a relatively new procedure that involves sending magnetic pulses to a patient’s head in an attempt to reduce both the severity and frequency of migraines.

Unlike a TMS machine, external nerve stimulators can easily be used at home and are a great way to reduce migraine attacks in both severity and frequency. As you hold the device to the side of your neck an electric current is expelled, stimulating a nerve in the neck.

We also have a few of the holistic approaches to get relieved from this unbearable pain. You can also read our home remedies for migraine article.

This ancient Chinese technique has been proven to help ease the pain from a migraine time and time again. The good thing about acupuncture is its effects are thought to be long-lasting. So one session to treat your migraine now may prevent them from recurring.

Breathing in essential oils can help your mind, body, and soul relax and actually change the way you view pain. Some of the best oils to use for tension headaches and migraines are peppermint, ginger, or lavender.

Watch What You Eat?

Certain foods are well known for being universal triggers when it comes to migraines. The main culprits are cheese, red wine, and chocolate. However, everyone is different, so just watch, for the trigger next time you get a migraine. As soon as you know what’s causing your migraine, you can cut the food out of your diet completely, or at least cut it down a little so it doesn’t cause you pain. 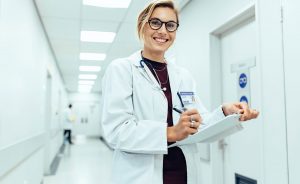